Closing of the GAP at the end of April for Amazon, which had lateralized after the split.
In a week characterized by a positive reaction from the markets, thanks to quarterly better than expected or, as in the case of amazon, less bad than expected and thanks also to a Fed that simply confirms what it had anticipated.
Now the key data will be those of July inflation, considering that some people think that the peak occurred in June.
They are up almost 40% on Amazon and 30% on Apple, two companies that are almost a safe haven asset in difficult times.

For this reason, I will not liquidate the whole position but on the contrary, I will accumulate should there be a retracement, which I expect.
In the short term, those who have had the skill to enter the $ 105 area could think of taking home the profits and preparing to accumulate on the retracement.

If you want to hold the position, $ 145 could be a possible target, considering the 200-period moving average, which is usually felt by the price.

On a volumetric level, the one-year POC holds firmly against $ 165, there are no possible areas for it to move, considering the huge amount of trading at that price level.
That’s where I’ll take some of the profits home. 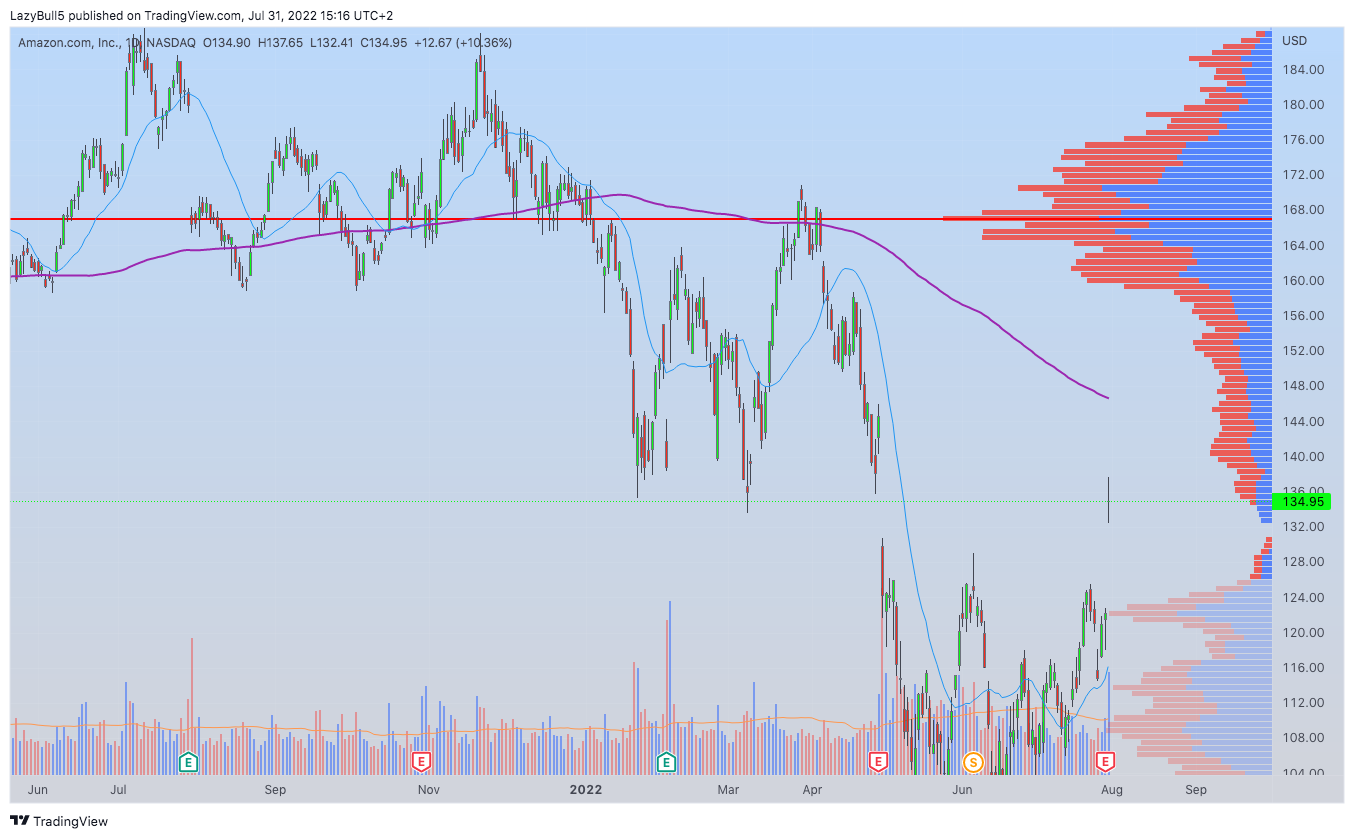 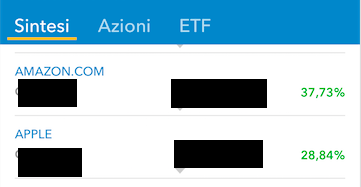 DISCLAIMER: I am not a financial advisor. These posts, videos, and any other contents are for educational and entertainment purposes only. Investing of any kind involves risk. While it is possible to minimize risk, your investments are solely your responsibility. It is imperative that you conduct your own research. I am merely sharing my opinion with no guarantee of gains or losses on investments.