After the news of the acquisition by Microsoft for nearly 70 billion dollars, Activision (ATVI) jumps to + 32% from the close on January 14.

Another good trade to start 2022, which saw me in drawdown for most of the trade.

Obviously I’m not saying that I expected this, because my trading has always been transparent and visible to everyone, I am one of the very few who says things before doing them and if the reasons why I invested in Activision are well explained in previous posts , but clearly, I was expecting a reversal, even a violent one, but not a 32% gap up. This acquisition, which among other things adds yet another arrow to Microsoft’s bow, was not expected and, as far as I’m concerned, I didn’t even have any rumors.

A huge trade, therefore, it would have been even more profitable if the price had touched $ 55, where I would have mediated the price further.

DISCLAIMER: I am not a financial advisor nor a CPA. These posts, videos, and any other contents are for educational and entertainment purposes only. Investing of any kind involves risk. While it is possible to minimize risk, your investments are solely your responsibility. It is imperative that you conduct your own research. I am merely sharing my opinion with no guarantee of gains or losses on investments. 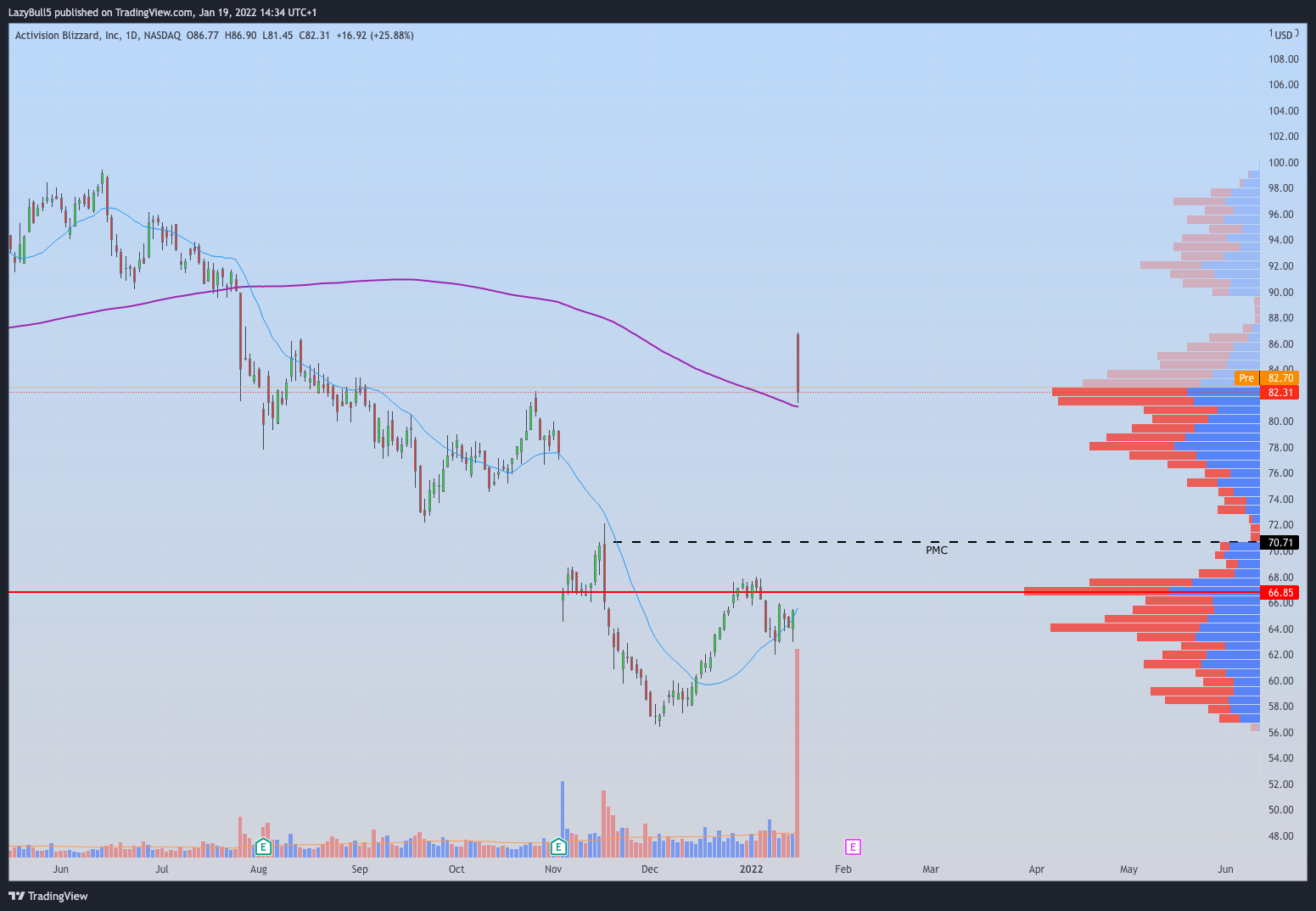