After the month of February, which represented a reversal, healthy if it proves only so, I think it is interesting to analyze what happens on the markets in relation to what has happened in the past.

From February 16 to March 18, the Nasdaq 100 index fell by 11.80%. Apparently this figure may not seem high, especially if, like me, you are a trader and are used to much higher fluctuations.
But, given that we are talking about an index, which represents the 100 most important and capitalized tech companies in the American market, it is not such a reversal to be called a crisis, or collapse, as I have extensively read in many newspapers, but we are talking about one important reversal.

Now, for comparison, open the weekly candlestick chart, and compare this decline with what happened during the coronavirus. You can immediately see that we are only 1/3 of the downside.

Now, let’s broaden the vision even further, with monthly candles, and let’s go back to 2001 where the reversal, a real crisis, was 82.55%!

Those were other times, there was no algorithmic trading, everything was much slower, the screaming market was still very widespread, etc …

But the fact remains that it took 17 years to get back to 2000 levels!

Now, a historical note on the seasonality of the index, taking the last 20 years on average (graph updated to 31/12/20 and which therefore takes into account the 2001 crisis); we can see that on average, after a rise in January, we have a bearish phase, which ends in March, and then starts again with slight decelerations in June and September.
Obviously every year is on its own, but the cyclical and seasonality affects and what has been often repeats itself, in the financial markets, as in life.
And so far, 2021 has been exactly true to seasonality.

We will see if it starts again, as we all hope, in the month of April.

Thanks to EquityClock.com for the seasonal chart. 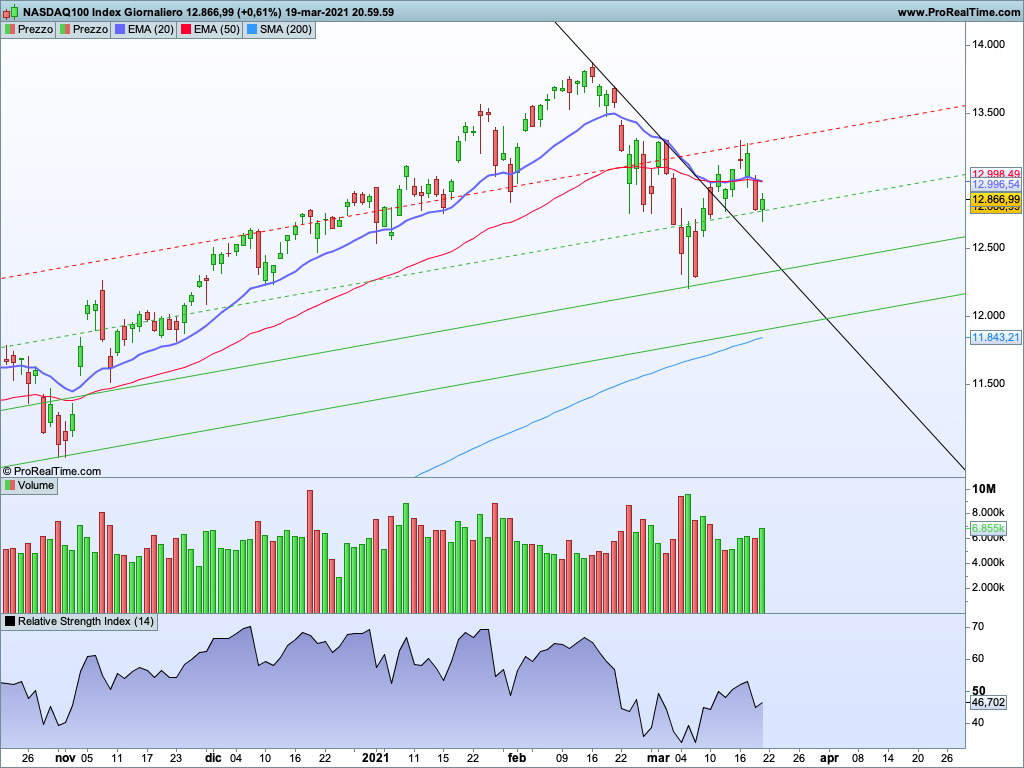 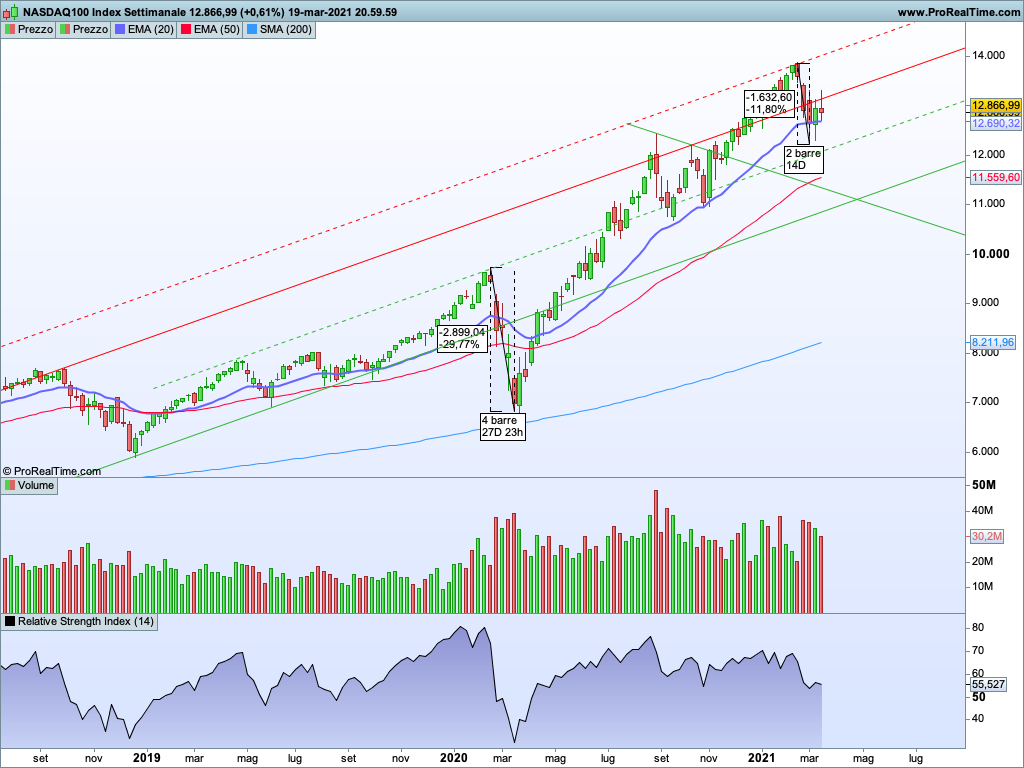 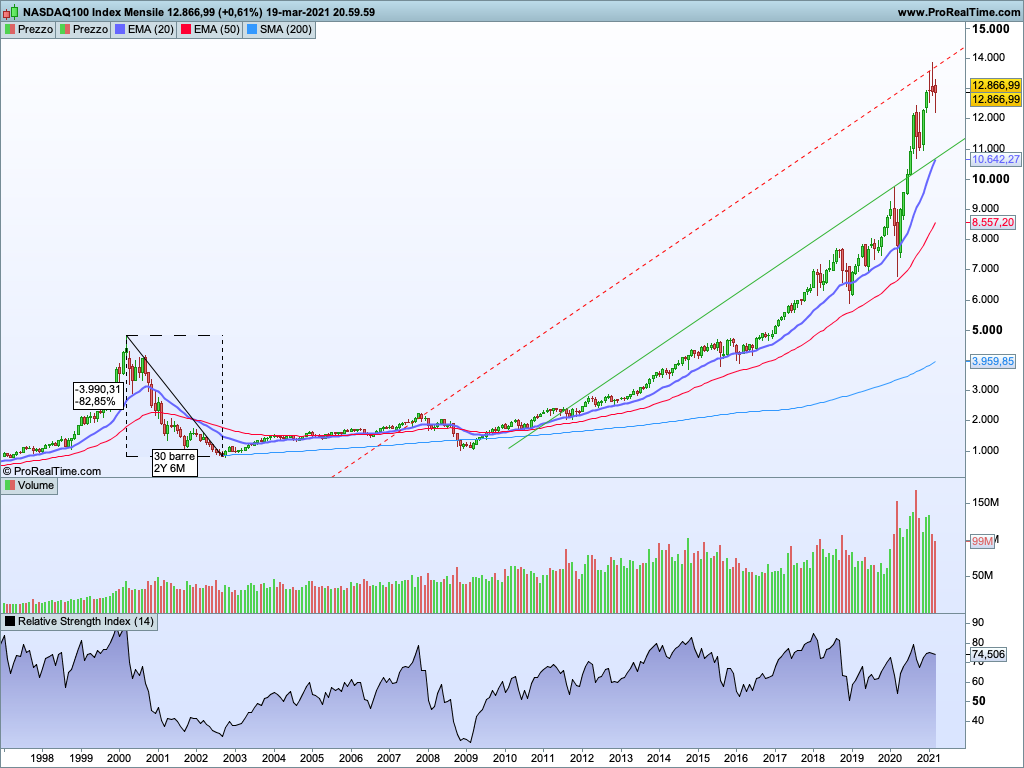 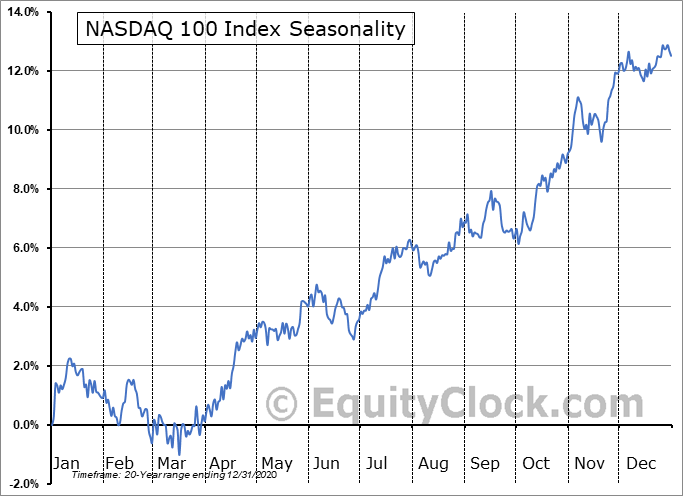 DISCLAIMER: I am not a financial advisor nor a CPA. These posts, videos, and any other contents are for educational and entertainment purposes only. Investing of any kind involves risk. While it is possible to minimize risk, your investments are solely your responsibility. It is imperative that you conduct your own research. I am merely sharing my opinion with no guarantee of gains or losses on investments.