After opening with a positive GAP of 5% on Monday, a week characterized by laterality. The price tried twice to break through the $ 26 wall but did so on Thursday, before returning to $ 25, closing the week at $ 24.97 per share.

The bullish phase continues even if such an important gap, then not followed by an upward continuation, can give an alarm bell for very short-term traders, because it could be a so-called “exhausting gap”, even if the volumes do not confirm this for now.

We are in the classic situation in which many would say “sell and repent”, at least in Italy we say so! “vendi e pentiti”

In fact, a physiological pullback in the 23.66 area on the support trendline (resistance until last week) or on the 20-period exponential moving average around $ 23 is possible.
The real support that the price must not break is the one given by the uptrend line of support drawn by me (in black).
A close below that support could mean a further downside to the $ 15 area, which is where our entry price is.

Personally, barring bad news in the covid arena, I really don’t think this will happen, so my vision remains bullish.

1 target: $ 30 where I will liquidate the profits accumulated so far
2 target: the moon 🙂

Seriously, I believe that the “bullish rally” could end once normalcy will be back in tourism and air travel.

How long will that take? If the vaccines are effective with these damn variants, reasonably in 2022.

In 2018, AAL was worth $ 50 per share with a maximum of $ 55.
The company crisis began before the pandemic and if things won’t change, even in a recovery phase it is obviously not sure that the shares will reach those levels.
Nobody has a crystal ball. I will evaluate the situation month after month.

Obviously, those who participate in my group will be able to follow my operations in real-time.

I’m done for today, I wish you a happy weekend. 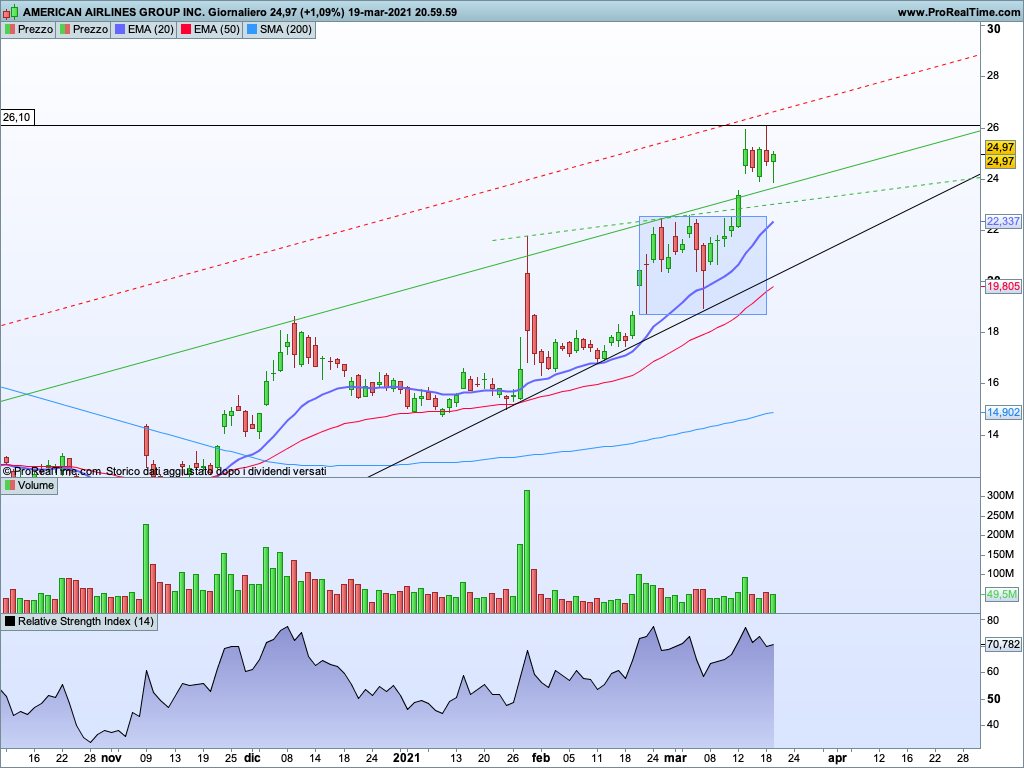 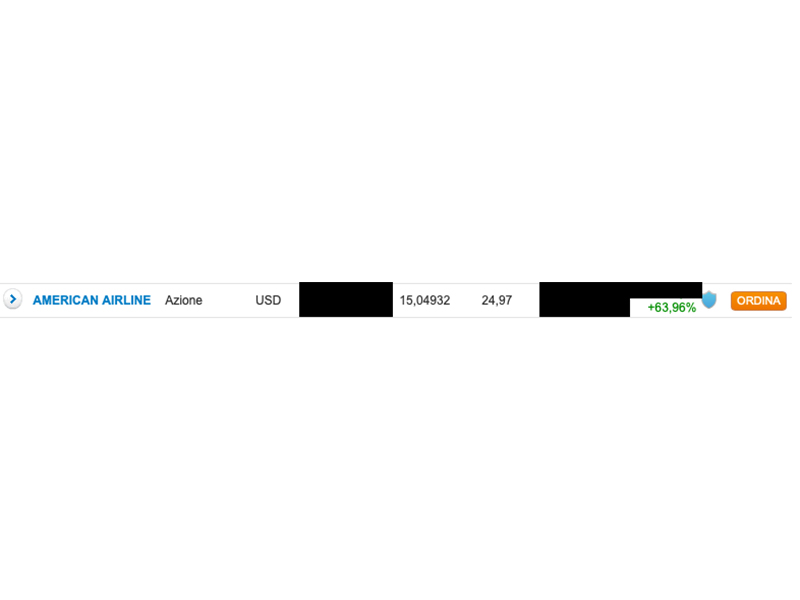